The Mooncup could change your period and life

Let’s all put our big girl pants on, because we’re going to be talking about periods. Again.

I won’t blame you if you’ve never heard of the Mooncup before. As I mentioned in my last ranty post about periods and what we’re not taught, there’s a distinct lack of them in the widespread media and sexual education. Honestly, I only know about these majestic silicon lovelies because I follow the right kind of people on social media. The kind of people that are more than willing to discuss vaginas and saving the planet all in one breath. If you don’t have those kinds of people filling up your twitter feed, I would definitely recommend you follow some.

Anyway, I digress. Today I want to talk about why I think everybody should try menstrual cups as an alternative to pads and tampons. “But what’s a menstrual cup, Beth?” I hear you cry. Well, I’m glad you asked, my internet chum. Menstrual cups are small cups (obviously) that are made of medical grade silicone and are inserted into the vagina to catch any blood during your period. They have teeny tiny holes in the lip of the cup to form suction once inside, in order to avoid leaks. I know, it looks a bit scary. But just trust me with this one. 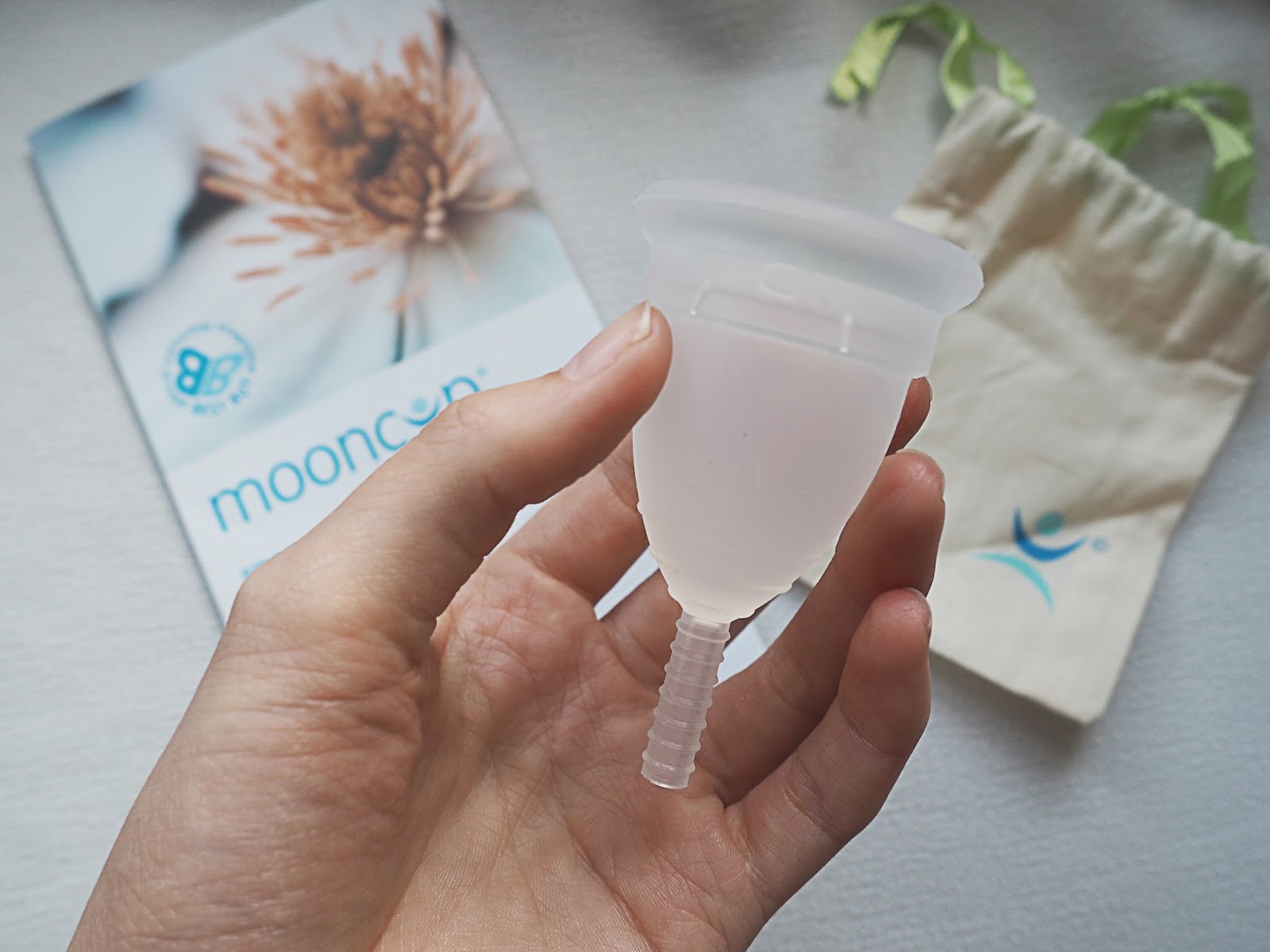 I’m not exaggerating when I say that the MoonCup has changed my life. I’m so excited that any time I spend a relatively prolonged amount of time speaking to a woman, I will inevitably end up convincing them that they need a menstrual cup in their life ASAP. And who is ever excited about their period (unless their condom broke or something)? Granted I still have cramps and want to eat everything that has unhealthy levels of sugar, but the actual blood part of my period has become a hell of a lot more easy to deal with. Being the generous person I am, I want to share my discovery with the world. Hence, I will now explain to you the fourfold reason why you should try a Mooncup. And before we get started, yes, it will fit. I promise.

Your Health
Firstly, can we talk about the fact that companies are not obliged to disclose all of the ingredients used in their sanitary products on the box? Your skin is the thinnest organ of the body, especially in the vaginal region, which means that any chemicals in constant contact with your skin will inevitably end up in your bloodstream. And we, the consumer, don’t even know what all of those chemicals are! What we do know about the ingredients list makes the whole thing an even bigger bloody mess (pun very much intended). Most conventional pads and tampons contain a whole bunch of nasty chemicals that have been linked to abnormal tissue growth, the disruption of hormones, immune system suppression, cancer, vaginal dryness, infertility and birth defects. Yes, all of that.

The MoonCup on the other hand is, as I said, made of medical grade silicone. Yay for not putting bleach, pesticides, GMOs, latex, dyes, BPAs, toxins and other chemical cocktails inside of your vagina. Tampons also often cause dryness and leave behind tiny fibres which interfere with your natural balance. As you probably guessed, the Mooncup does not.

Your Planet
The average women goes through over 11,000 sanitary products in her lifetime. And that’s just an average. Think of all the heavy flowed hunnies out there. Every single one of those is thrown away and every single one of those is not biodegradable or recyclable. When you consider the fact that a single sanitary towel is equivalent to 4 plastic bags in terms of the environment, the fact that nobody has taken some serious action about this business is mind blowing.

Your Purse
If the world you live in and your health isn’t enough to convince you that Mooncup is the way forward, the money side of things definitely will be. Let’s get mathematical. So, the average woman goes through 22 sanitary products in one period. Let’s say that you buy some pads for night time and some tampons, which adds up to a total of £4 a month (assuming you remember to take enough everywhere and don’t make an impromptu trip to Boots to buy more). Granted it doesn’t seem that much. But when you think about it as £48 a year, it becomes a tad more soul destroying. Considering the Mooncup only costs around £20, after a year you’ve already got your money’s worth. And some.

Let’s make it even more shocking, though. Mooncup say that it can last ‘Years and years’; let’s imagine yours lasts 5. In that time you would have spent an average of £240 on conventional sanitary products. Boom. That right there is a £220 saving on the part of the menstrual cup. If you really look after it and it lasts 10 years…well, you get the idea. Plus, the MoonCup is good throughout your whole cycle, which means no need to buy different absorbencies.

I know I’ve sounded pretty hippy-tastic throughout this whole post, but I’m about to kick it up a gear. For me, the best benefit by far has been getting to know my body. The idea of coming into direct contact with your period blood (and maybe even having to touch it! Gasp!) can, I guess, be a little unsettling. But I promise you, it has been nothing but empowering for me. As someone who has had a somewhat turbulent relationship with their vagina, that feels good to say. I feel more in tune with my body. I mean, I actually know what’s going on down there now! The period stops being something gross that should be wrapped up and thrown away as quickly as possible and instead becomes something we should pay attention to. I’ve already learnt so much about my body. And considering I’m going to have to handle this for at least once a week, every month for a rather long time, that’s no bad thing.

Thoughts you have in LUSH »

« Things that the first year of university taught me