I’ve spent today trying to figure out how I can put into words what being a part of the Women’s March London yesterday felt like. As well ‘otherworldly’, ‘fucking incredible’ and ‘life changing’, the main word that keeps coming back to be is ‘nourishing’. I feel like I’ve grown as a person. I feel like I’ve had my mission in life affirmed to me, by a crowd of 100,000 people. I feel aware more than ever, that I’m a part of a community that is fuelled by nothing but love, hope, respect and anger at people that don’t abide by those simple pillars of humanity.

Basically, it feels damn good to be a part of the sisterhood right now. 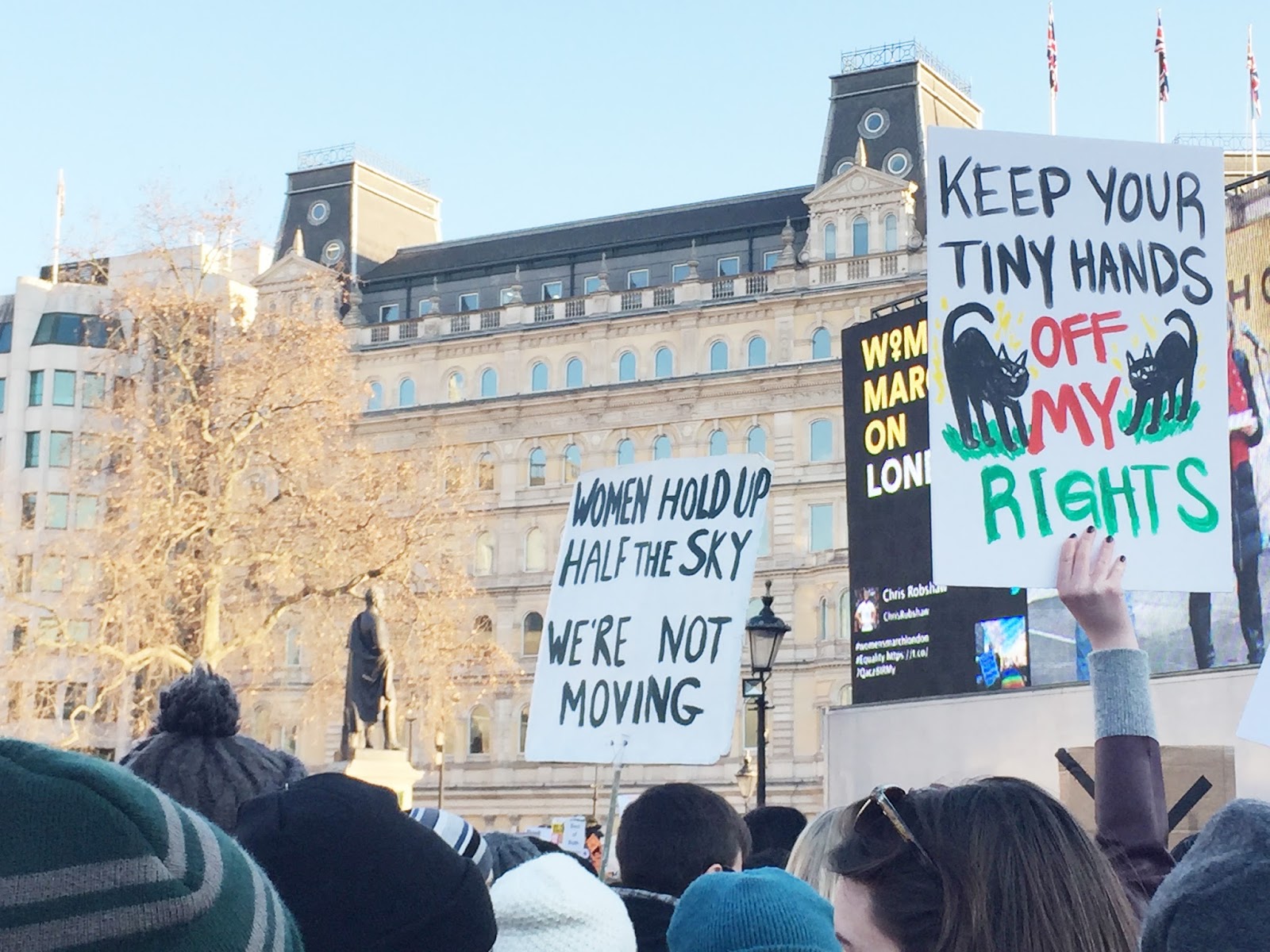 Over the past few months, I think we can all agree that there hasn’t been much light amongst the bullshit. As well as seeing the power that hate can have, we’ve constantly seen it spread across newspapers, twitter feeds and the family dinner table. It’s been bloody exhausting. That’s why I’m so proud that we bought those collective and individual struggles into one place and marched our frustration through the streets of London, despite how tired we all are. We managed to turn our experiences as women, be we CIS or trans, white or women of colour, straight or LGBT+, into positive action. That’s the kind of energy that can’t be ignored. That’s the kind of energy that brings a whole city to a literal standstill and makes them listen. 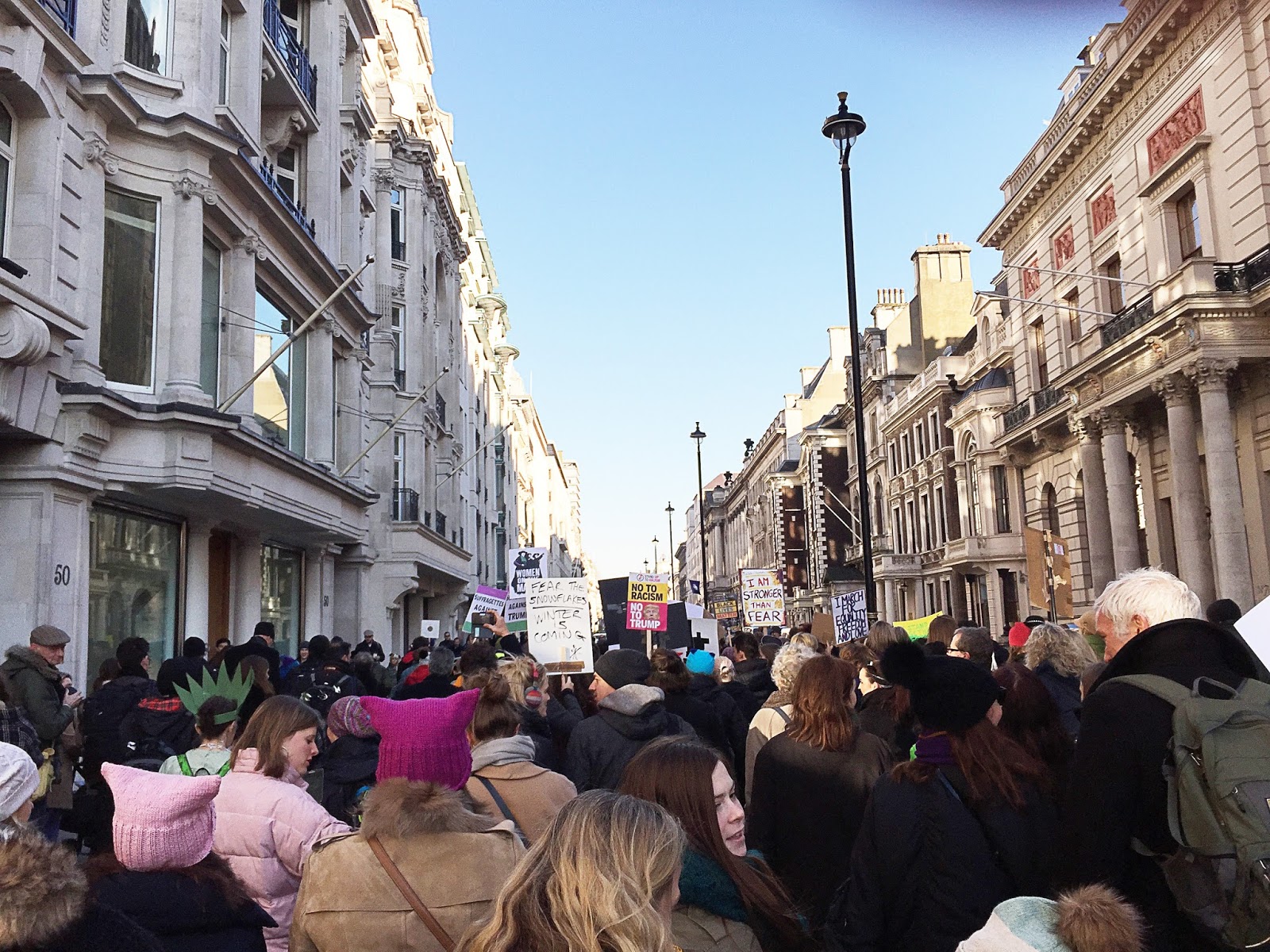 Yesterday, I sobbed alongside 100,000 of you. But those tears washed away any doubts I had that the future is going to be better. After witnessing first hand the sheer power that women have – the power to literally sing in the face of injustice – I know that our love is so much stronger than any hate I have seen. Trust me when I say that nasty women and little feminists everywhere aren’t going to stop fighting to change history for the better. Our footsteps aren’t going to get any quieter. 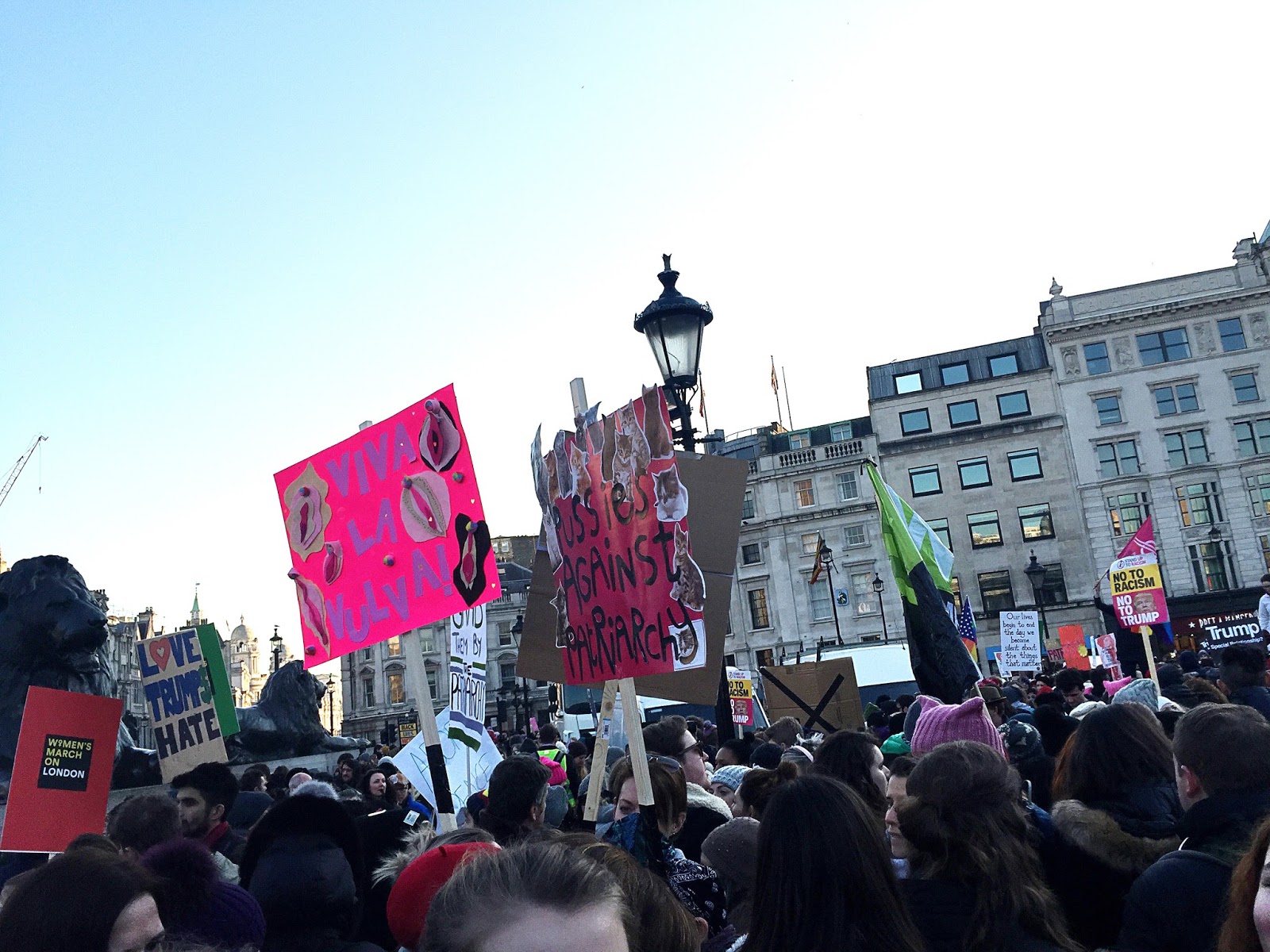