University was the best thing to happen to my relationship

My first year of university was hard. In fact, I’d say that it was probably the hardest year of my life. Mainly it was down to an unpalatable cocktail of homesickness and missing my boyfriend who, up until the moment I left, I had spent every waking moment with. We literally worked together! So, even though I was passionate about my course and about getting a degree doing what I loved, I spent a lot of my time feeling desperately lonely. I know it’s not all that girlboss-y but it’s the truth. On top of that I was constantly being told that pre-university relationships never last.I was told that cheating was inevitable and that it would all break down for the sake of wanting more fun. Because obviously it’s only possible to have fun whilst single…

All of this culminated in me being an anxious mess who was constantly counting down the days until I was reunited with my boyfriend. Ultimately, I didn’t create a headspace that allowed me to, ya know, actually enjoy my university experience in the slightest.

Two years later, I’m just entering into my final year and I’m confident when I say that university and going long distance is the best thing that has ever happened to our relationship. Just hear me out. 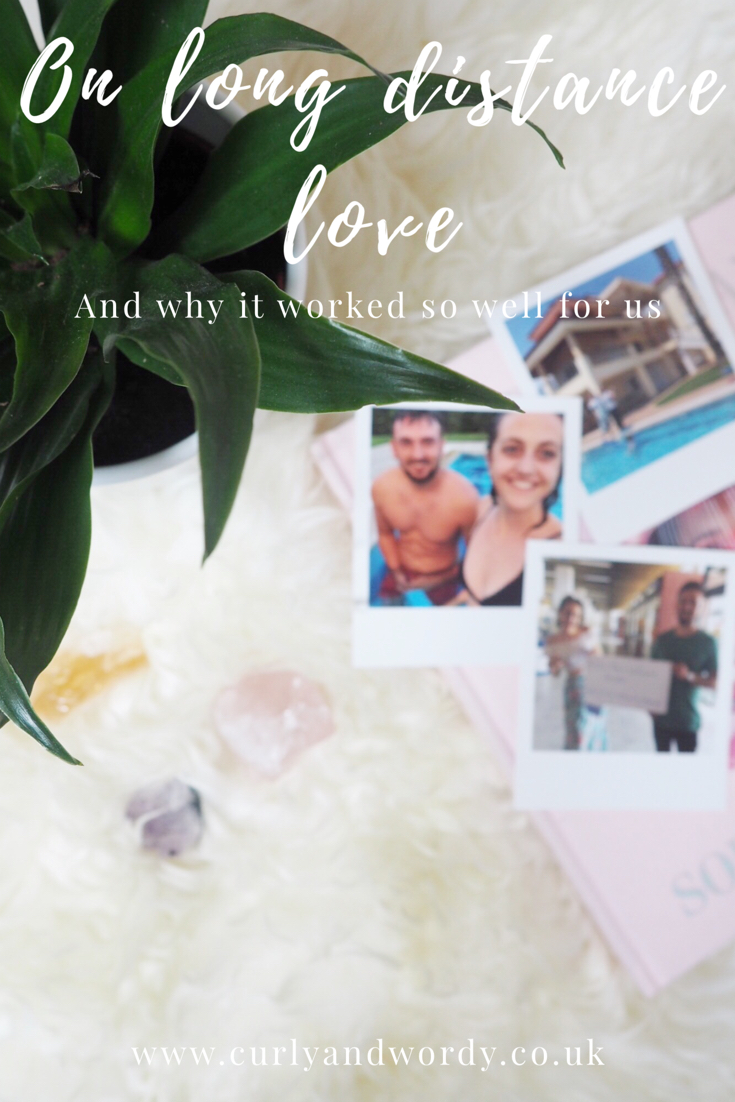 After the shit show that was my first year, second year became known to me as the year that I learnt to be alone. And to thrive whilst doing it. I guess I realised that if I wanted to retain any ounce of my sanity and complete my degree, I needed to make some big changes. I stopped fixating on the fact that I was away from one of the people that bought me happiness and started finding other things that could do that job for me too. And perhaps most importantly, I held myself accountable for the way that I was feeling on a daily basis. Yoga, journaling and meditation became cornerstones of my life which allowed me to look inward. I learnt how to rely on myself for happiness most of the time, instead of placing all of that pressure on my relationship. In such a way it became one based on want instead of need. The whole thing felt more like a choice. And, trust me, love is just much more lovely when it doesn’t feel like a necessity to your survival.

Although our relationship had started in this way, over time my attachment became unhealthy and I know that it would have formed into toxic co-dependence had we allowed it to. I feel lucky that uni gave us the space necessary to get rid of that mind-set, without it ending in a break up. The funny thing is that my boyfriend now says one of his favourite things about me is my strength and independence.

I also very quickly realised that university is one of the greatest opportunities to be selfish. To waste that would make me a fucking idiot. So, I stopped using my free time to mope and started throwing myself into my other passions. Mainly that manifested into me turning Curly and Wordy into exactly what I wanted it to be. I began building my empire! Given the opportunity for more ‘me-time’ I was able to form an identity not entirely founded on my life back home. As cliché as it sounds, I found myself.

I feel grateful on a daily basis that both of us were able to grow so drastically without becoming incompatible. I feel so blessed to have found someone who has remained my soul mate through so many phases of my life.

With all of this talk of independence it’s easy to think that I get through everything alone. Well, that just ain’t the case. If anything I now have more people that support me when I need it. In the words of Esther Perel, at one point “marriage was an economic institution in which you were given a partnership for life in terms of children and social status and sucession and companionship. But now we want our partner to still be all of those things and in addition I want you to be my best friend and my trusted confidant and my passionate lover to boot and we live twice as long!” Now, obviously I’m not married. However, the point still stands that it is impossible for one person to fulfil your every single need ceaselessly. I think that’s the kind of pressure that leads ultimately to unhappiness in a relationship. This is an idea that’s also explored by Gabrielle Bernstein in her book Spirit Junkie. She highlights that one of the biggest steps she took towards inner peace was by letting go of “special” relationships. That is, by realising that no relationship is any more important than another and that all of them (friends, family members, romantic partners) have powerful things to offer. When I realised this I stopped expecting my boyfriend to be superman. And equally I stopped expecting myself to be superwoman. I started recognising the value that others bought to my life and celebrated it.

If someone had told me in first year that being long distance at university would be the best thing to happen to our relationship, I would have laughed. But here I am today, more independent, with an identity that I have created on my own and a mind-set that has allowed me to turn down the pressure on my relationship to be everything I need in life. Because of this period of growth – both as individuals and as a couple – I know that we’re ready to live life like “normal” again. When the end of uni rolls around and I finally get to wake up next to his face every morning, all of those learning curves and obstacles we’ve faced will allow us to flourish with no toxicity in sight. I for one am pretty bloody excited about that time. But let me enjoy my final year first!

How I learnt to love my period »

« My all time favourite Lush products